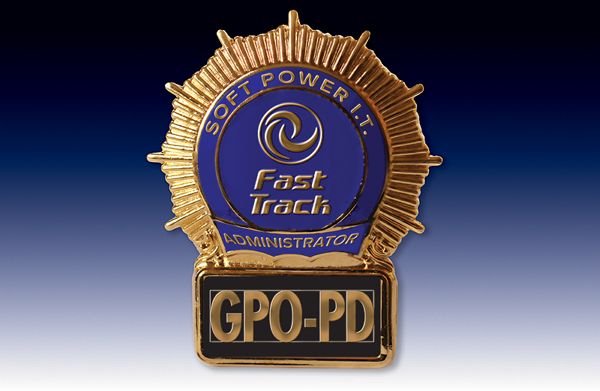 It's not always right to chuck your users in GPO Jail for everything.

(Actually the best Administrators usher them in calmly, and leave the door open)

It’s tough being an I.T. Systems Admin. On the one hand, you need to ensure that you assemble some form of order from the chaos that unfolds daily, but on the other, you don’t want to come across as the Dirty Harry of ‘GPO-PD’:

“Sandra in accounts…take your hands off the keyboard, step away from your computer and assume the position!”

When I think back to my own heady days as an I.T. Manager – I can easily remember the most badly received ‘policy’ that I decided to spring on my unwitting users one morning. Using Group Policy I decided that the entire company was going to have my choice of desktop wallpaper, and as we were a computer manufacturer – how about a nice picture of a computer? One that I designed, of course. Which won an award.  Yes, perhaps it was a just little self-promotional and my ego was a little oversized, but in my opinion, this was so much better for your desktop than a photo of Kylie Minogue in a t shirt.

But I was soon to discover, apparently not!

And so there was an office revolt, a humiliating climb-down and before you could say 'I could be so lucky', Kylie was re-instated across corporate sales.

And so how refreshing was it, when Nathan Cunningham, IT systems analyst at one of our newest FastTrack customers emailed in a request asking if it was possible to change the desktop wallpaper of his users. But he wanted this to happen.... only once.

Only once. Now fancy that. What a great idea. Here is an IT administrator, I thought, that fully understands how to wield ‘soft power’ in I.T. Yes you change everyone’s desktop wall paper, but users - if you don’t like it – you have my permission to change it to something else. And because users know that can change it if they want to... they most probably won’t.

So then - how do we roll this out?

Out of the box FastTrack does let you set desktop wallpaper through the GUI, but doing it this way, it's a set change for everyone and will be 'enforced'. However as with many things FastTrack, it really comes into its own when you start playing with custom scripts. So to achieve Nathans requirement, all that was needed was the addition of a single line of custom script:

And that's it. As long as the file ‘Wallpaper.jpg’ is in your FastTracks /fshbin and you’re done.

So the point of this blog entry is, the 'UserOnce' and associate 'UserOnceASecond/Minute/Hour/Day/Week/Month' commands are a great illustration of how simple, yet smart FastTrack commands can help you run not just tighter IT, but nicer IT.