I remember being asked what it was like hosting a Drupal website by a very senior I.T. person in a very large organisation. I had a think for a bit and replied:

"Imagine the best party you have ever been to in your life, and then imagine the worst. Running a website running Drupal can be both of these - like any party - it all depends on who shows up - or in a Drupal context, which modules you decide to use."

Now 'module abuse' is very true of many CMS & LMS systems out there, Wordpress and Moodle to name but a few. But in my opinion, there is no platform out there that has such a vast catalogue of truly awesome modules, but at the same time, an equally vast number of truly awful ones.

It's a shame, but it's typically the 'awful' state in which we are handed Drupal deployments to host, after all - serious problems require serious solutions, people know that we are the best chance of making things awesome again.

So there is probably no single application in our speciality top six collection which benefits more from a staging server, something which is included with all of our Drupal hosting deployments. Hosting a Drupal site without a staging server... we would say this would be seriously 'Risky Business'.

Do you remember the party scene in that film? So just like that. 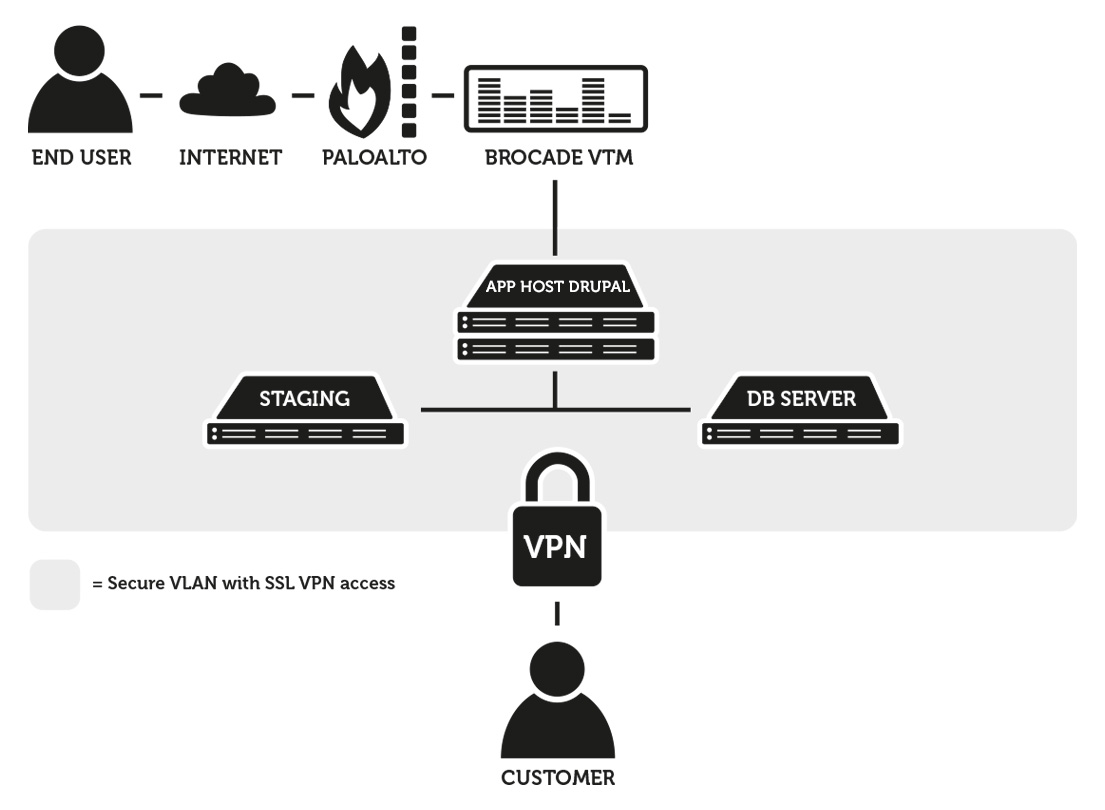